Written by Callum Wells
Updated over a week ago 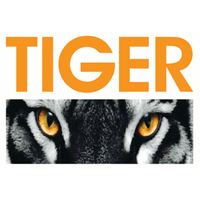 "We have the opportunity to share our story with other scaffolding businesses, which could benefit from RAM Tracking as much as we are."

We initially decided we needed tracking because our company was going further afield. It was mostly to monitor business expenses and for emergency call-out/rapid response jobs. We needed a system that would help us to increase the speed in which we communicated with our scaffolders, helping us to notify them even quicker of new jobs near to them.

Before making a decision, we did look at a few other companies, but RAM Tracking just suited our business model perfectly. We found their team really polite and there was no hard sell, which can often be off-putting. After having a demonstration, we realised how easy the system was to use, and could quickly see all the returns the business would get with implementing the system.

"We can get to jobs even quicker."

RAM has so many different features that just work so well for us. We like being able to see the whole fleet in one place, as well as tracking our driver’s routes; we now advise them on more efficient ones. Which has helped us to get to jobs even quicker as well as save on time and costs when it comes to fuel consumption.

Even though we’ve had the system in place for three months, we’re already reliant on it and are just in the process of looking through all the other features we haven’t even touched yet! We’re really looking forward to getting to grips with the system that will help us to tackle some of the areas we need to address, such as speeding, taking the most efficient routes and other areas for reducing fuel consumption.

"Our company is rapidly expanding, as it grows, we expect to fit all our new vehicles with RAM trackers."