Learn how benefits from RAM Tracking.

Written by Callum Wells
Updated over a week ago

How RAM Tracking helped during a HMRC audit

Since 2002, Staffordshire based ARB Tree Care Specialists have been working in the forestry sector by providing services such as tree surgery as well as selling ﬁrewood and Christmas trees to both domestic and commercial businesses.

Anthony Bethell, Managing Director came to RAM Tracking after looking online for a solution to help track his ﬂeet of vehicles and provide a better customer service experience. RAM Tracking were the clear winners after Anthony compared a number of vehicle tracking solution specialists. RAM Tracking’s competitive costing and excellent customer service stood out and ultimately helped Anthony make his decision. ArB’s decision would prove to be the correct one as RAM Tracking was invaluable when HMRC announced a spot audit. 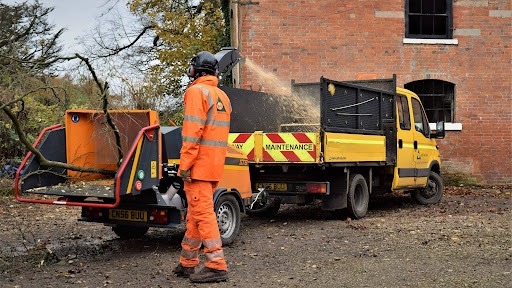 In 2017, ArB were subject to a routine HMRC audit of their business. Auditing is often one of the most stressful and worrying activities any business can undergo, but with RAM Tracking in place, ArB were able to make the experience a lot less stressful. HMRC asked ArB to account for their vehicle usage as well as evidence of where their vehicles are kept. HMRC in particular was interested in how Anthony’s own vehicle was being used, and how his usage was being recorded and how accurate this information was.

Anthony’s own company car was fitted with a RAM Tracking device and as such, Anthony was confidently able to give HMRC a thorough history of all usage of his vehicle on the spot. Every time Anthony used his vehicle he could activate it with either a business fob or a personal fob. Using this system, Anthony was able to record the type of usage really quickly and easily.

As a busy Managing Director, RAM Tracking saved Anthony time and effort from having to manually keep a record of when and how his car was being used. RAM Tracking saved him not only the time and worry, but also saved him from signiﬁcant additional taxes he would have been hit with if he didn’t have his tracking in place.

ArB Ltd told RAM Tracking; “If Anthony didn’t have RAM Tracking installed, it would have left him reliant on his entire team keeping manual logs of when his vehicles had been used, as well as evidence of when they were used for private mileage, which would have been a complex process to manage across his entire ﬂeet. Without these automated processes it may have resulted in him being charged even more tax which could have resulted in £1000s as well as additional admin resource that we would have needed to keep the manual logs in check!”.

One of the other reasons for seeking a vehicle tracking system for the business was because ARB wanted to provide their customers with more accurate information when calculating activity such as miles per contract. Using RAM Tracking’s real-time monitoring, ArB were able to provide customers accurate costs based on the work completed and could ensure there was no ambiguity.